Home Is InMed Pharmaceuticals (OTCQB:IMLFF) the Next Big Thing in Cannabis?

Is InMed Pharmaceuticals (OTCQB:IMLFF) the Next Big Thing in Cannabis?

The biotech sector is well known for delivering triple-digit, quadruple-digit and even quintuple-digit stock winners.  It’s not uncommon for a biotech company to go from relative unknown status to $ Billions in market value literally overnight.  It’s the nature of the game for the biopharma industry and it holds true for our next hot pick, InMed Pharmaceuticals.

The majority of biotech companies start off as primarily research, with no revenue and very little entry into the development phases… and that’s what sets InMed Pharmaceuticals apart.  Proven expertise, a proprietary cutting-edge technology and TWO drugs already heading towards clinical trials could quickly position InMed as a major player.

AND HERE IS WHERE IT GETS REAL….

InMed Pharmaceutical [stock symbol=”IMLFF”] drugs are developed using non-psychoactive cannabinoids.  Here’s the kicker:  They don’t extract cannabinoids from the marijuana plant, which is an expensive and time consuming process.   The true innovation lies in the proprietary technology that enables InMed to produce bio-identical synthesized cannabinoids.  If you didn’t get that, it means they make them in the lab bio-synthetically not from organically-grown cannabis!! This means cheaper, purer and more focused applications that are scalable to an industry expected to grow to $20.6 billion by 2020, according to Arcview Market Research.  If you’ve been following the cannabis industry, you know that is a groundbreaking feat in its own rite… and one that could make InMed a coveted acquisition target.

InMed Pharmaceutical [stock symbol=”IMLFF”] has developed a robust, high-yield biosynthesis process for the manufacture of naturally occurring cannabinoids. This process combines the safety of the natural drug structures with the convenience, control and quality of a laboratory-based manufacturing process. 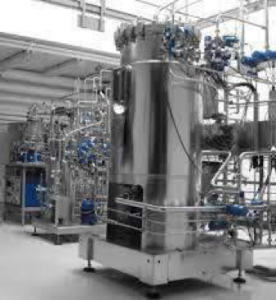 InMed Pharmaceutical [stock symbol=”IMLFF”]’ proprietary bioinformatics algorithm assesses the different active sites on cannabinoids and screens them against known, approved drug structures, disease site receptors, genetic profiles of diseases, and the involvement of proteins and chemical metabolites in disease pathways. This program then selects specific cannabinoids, or combinations of cannabinoids, that might play.

DO YOU GET IT?   They can identify limitless drugs that can be made from cannabinoids, which moves them up to clinical trial status in the wink of an eye – so it’s fast to develop, CHEAP>CHEAP>CHEAP to do – and that is where this company becomes a FOUR BAGGER! 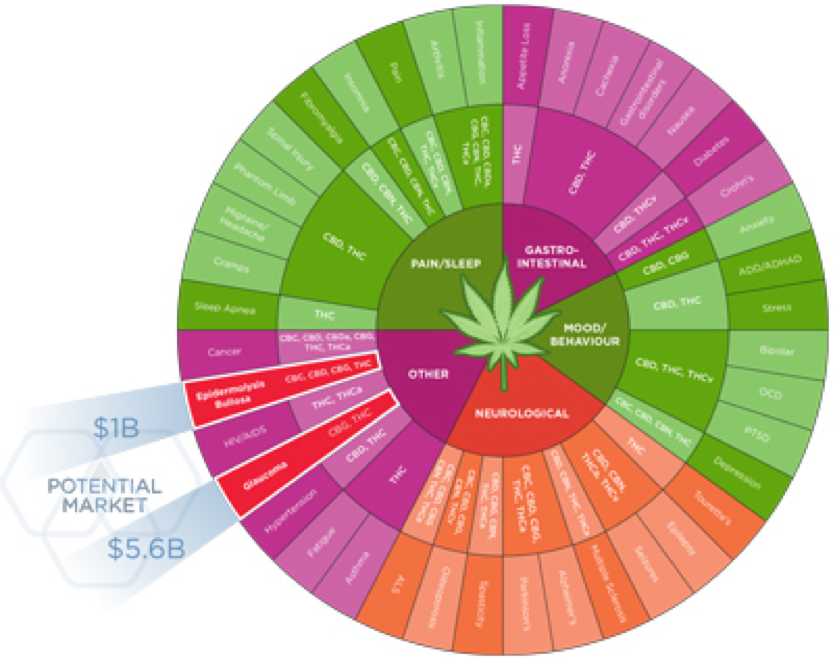 So how do you value IMLFF’s Bioinformatics Process?  It’s not on the balance sheet, its intrinsic, but worth a whole hell of a lot to investors.

InMed Pharmaceutical [stock symbol=”IMLFF”] is a walking take-over target by big drug companies, for sure.  Why?  Because it costs a fortune to identify cannabinoid drug applications that can actually be developed – that’s why.

THE ECONOMIC POWER OF ORPHAN DRUGS

Rare diseases like Epidermolysis Bullosa affect nearly 10% of the U.S. population, but get little to no attention from pharmaceutical giants.  Congress sought to fix this by introducing the Orphan Drug Act.  Pharmaceuticals that receive approved orphan drug status get fast tracked through FDA approval and receive financial incentives, including 7 years of market exclusivity and tax benefits.  http://www.fda.gov/Drugs/NewsEvents/ucm487968.htm

What does that mean for investors?  Once InMed gets rolling, it’ll move fast.

Take a look at Soliris, which costs more than $409,000 per year for treatment of a rare blood disease, paroxysymal nocturnal hemoglobinuria.  Soliris brought in a total of $541 million in total sales for Alexion Pharmaceuticals, a huge accomplishment considering only four to six thousand people in the United States suffer from this disease. http://thomsonreuters.com/content/dam/openweb/documents/pdf/pharma-life-sciences/white-paper/1001450.pdf

So far this year, InMed Pharmaceutical [stock symbol=”IMLFF”] has completed TWO PRIVATE PLACEMENTS, without the help of any investment banking firm.  What does that mean?   BIOPHARMA STOCK INVESTORS LIKE IMLFF.

Fully-diluted, there are 84.1 million shares issued and outstanding.  But get this, of that 84.1 million, 14.1 million are Warrants and 9.8 million are Options.  That means as the stock rises, so does the in-coming capital.  So, while there’s dilution ahead, CHA-CHING, GOES THE CASH REGISTER.

And investors get a TWOFER with InMed Pharmaceutical [stock symbol=”IMLFF”] .  It’s also listed on the Canadian Stock Exchange (CSE) under the symbol CSE:IN.  And it trades really well, averaging over $60 GRAND (Canadian) A DAY!  But here in the USA, IMLFF is just getting started.  Give it a month or two for American bio pharma investors to find it and the trading pressure will make IMLFF TAKE OFF.  It’s a four-bagger, or I’ll eat my hat!

CHECK OUT THEIR NEWS!

The next hot biopharma stock is here!!!